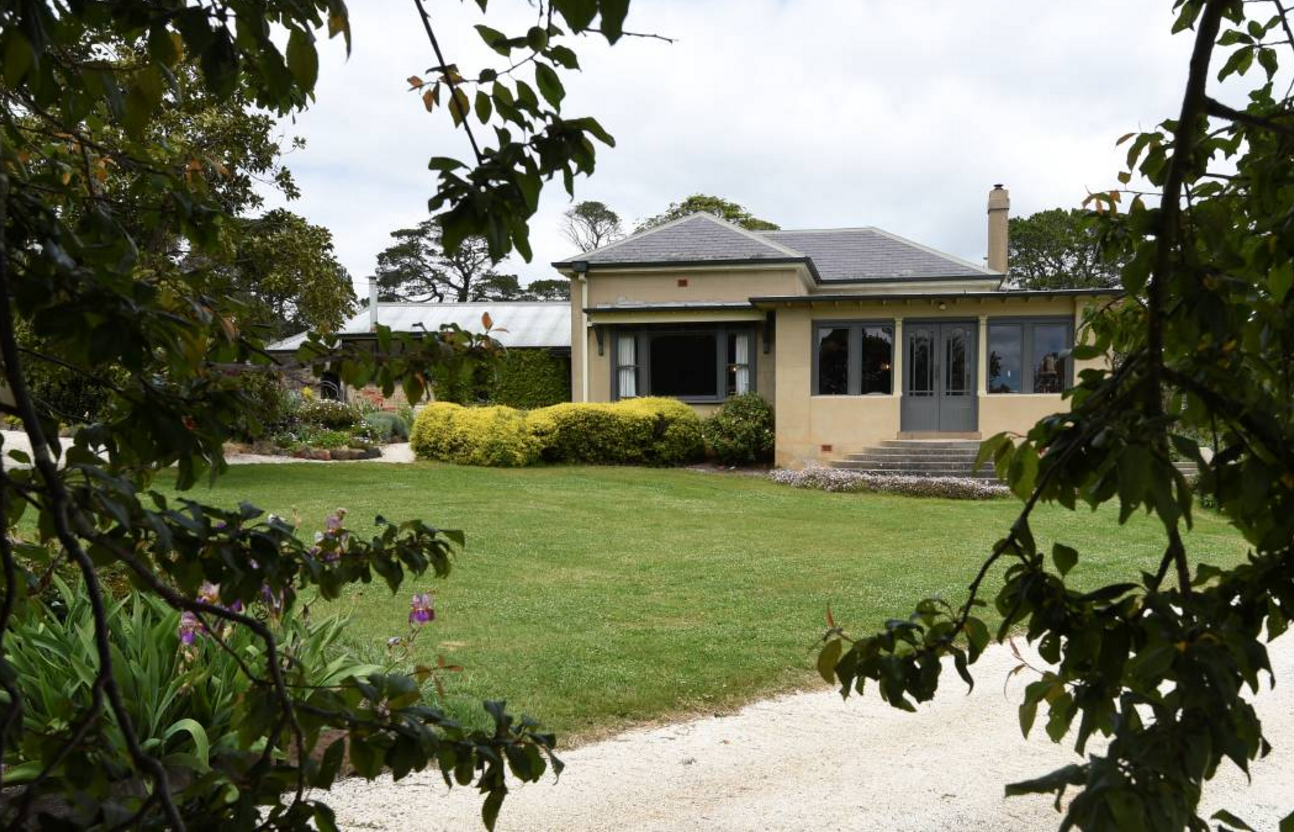 Posted at 01:54h in Eurambeen by Antonie 0 Comments
0 Likes
Share

REVEAL: Up this garden path you will find Eurambeen, an historic restoration in process. Picture: Lachlan Bence

FROM the moment Sarah Beaumont first stepped out of her car at Eurambeen she wanted to find out more. Sarah was captivated by stories the old, rundown homestead and neglected gardens could tell.

For almost five years, Sarah and her partner Ian have poured their lives into restoring the historic home and garden on the outskirt of Beaufort. Each step since has revealed new twists and turns, and the couple is continually surprised on the journey.

Now they are ready to throw open the gates and share what they have learned and revealed, offering a glimpse into history and a little of the complete tranquility they have found.

Eurambeen Homestead was built in 1850, part of the larger Mount Cole Station, and extended in 1927. From the gardens, you can see the original bluestone house tucked in new wings for a kitchen, nursery and a round room.

A three-acre garden designed by Edna Walling was commissioned the same time as the extension. When Sarah and Ian arrived, who parts of the garden no longer existed or had been looked after.

Sarah, a self-confessed history buff, plunged into sourcing Walling’s original Eurambeen designs and plants she used. State Library Victoria was her key source and it was a State Library grant that has largely helped the couple’s garden restoration.

To garden enthusiasts, their work is a special treasure. Walling is arguably Australia’s most influential garden designer and her story – from her pioneering work in a male-dominated trade to her fiery red hair – is just as important to Sarah as the garden.

“Our mission here is to restore this whole place and bring it back to original condition,” Sarah said.

“There are two thing people are really curious about: the history of the property, and they’re curious about us in what we’re doing here.”

This is a tree-change move for Sarah and Ian. They escaped from inner-city Melbourne living and highly-demanding jobs for peace.

Keen to settle in the Ballarat region, it was a mixture of the house’s beauty and the special nature of the garden, that immediately won them over. They knew no-one in the area but have quickly formed close friends and immersed into the community.

Sarah said the whole process was incredibly rewarding, but quipped they may not have met their intentions for a reduced work load. Restoring and researching Eurambeen has consumed their lives, especially in putting the finishing preparations on the garden for show.

Eurambeen will host an open garden next weekend for the first time under Sarah and Ian’s guardianship. They will do so in partnership with neighbouring property Mawallok, just up the road, which boasts a William Guilfoil-designed garden.

Nerves are mixed with excitement as Sarah and Ian prepare to reveal their hard work, hoping people like what they have done with the property. Eurambeen features on an international garden tour and has hosted small groups and luncheons, but an open garden is a whole new step.

There will be music, gourmet food market stalls, Pyrenees wine, plant sales and garden tours to detail restoration works and the property’s history. An old cellar, tucked at the bottom of a garden staircase, has been freshly painted to host a local art exhibition. Sarah and Ian want the event to showcase the community as much as the property.

Originally a Beggs family property with a rich pastoral history, Sarah and Ian are transforming Eurambeen into an accommodation and events location. Weddings have already played out on the sweeping south lawn with the bride able to prepare in Mrs Beggs’ Apartment, a generous suite with stunning garden views.

They want Eurambeen to be absorbed and enjoyed as much as they love the place. They want to put Eurambeen’s grandeur back on the region’s map.

There is room to gradually transform more inside space into another apartment. Sarah would love to name and create it in masculine themes in honour of former owner Theodore Beggs.

Eurambeen is not haunted by ghosts, which often disappoints the curious, but stories of past occupants live on in all corners of the property.

On damp days you can smell cigar smoke, oozing from wooden frames, in what was Theo’s smoking room a century ago.

Theo intrigues Sarah. His portrait looks formal and ordered, as head of the estate. Sarah guessed he must have smoked a lot of cigars for the scent to still linger.

And then there was the car.

Ian was under the house one day, after ripping up rotten floorboards, and found a pile of papers with a receipt, dated 1917, for a brand new American Buick motorcar. Sarah’s research suggested this was quite a flash, hotted-up model for the times.

“We’re finding out more and more about the Beggs family all the time,” Sarah said. “We’re piecing together stories…It’s really helping me in understanding what happened here and how the place worked.”

Beggs descendants have been helping with the puzzle, sharing old photos and stories that have passed down generations.

Unexpected plants have also been cropping up in the garden, almost like they have been lying dormant for the right chance to flourish once more.

Sarah and Ian may be caretakers for a bygone era, but they are also adding to the story in bring Eurambeen back to life.