Eurambeen homestead is located nine kilometres west of Beaufort, is one of the region’s most historic buildings. Its origins date back to 1862, when Irish potato farmers George and Francis Beggs built it with locally quarried stone and Oregon timber. The slate for the roof was shipped across from England

Major Thomas Mitchell, surveyor-general of New South Wales, and his party were the first European explorers to travel through this region in 1836, while on an expedition to chart tributaries along the Murray River.

European settlement began in the region soon after, in the 1840s, with vast expanses of pastoral land taken up by squatters who used the land for agricultural purposes, bringing with them thousands of livestock.

Eurambeen was originally named Mt Cole Station and was occupied by brothers Alexander and Colin Campbell from 1840.

Each of these land owners constructed houses and used their land primarily for grazing purposes. 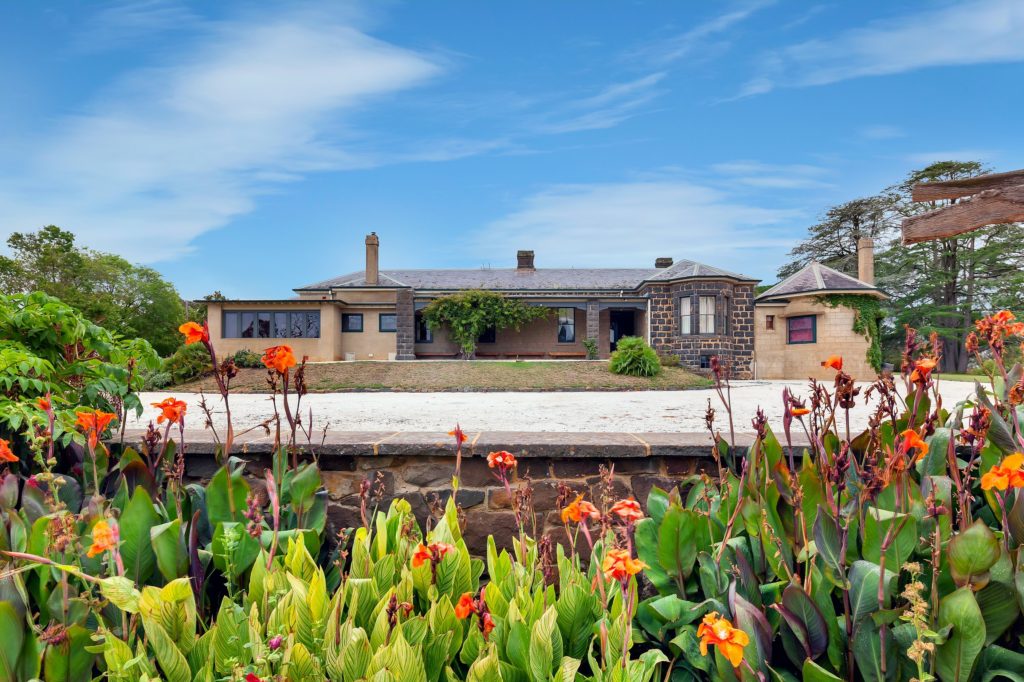 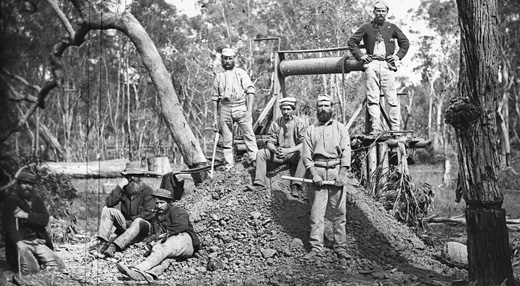 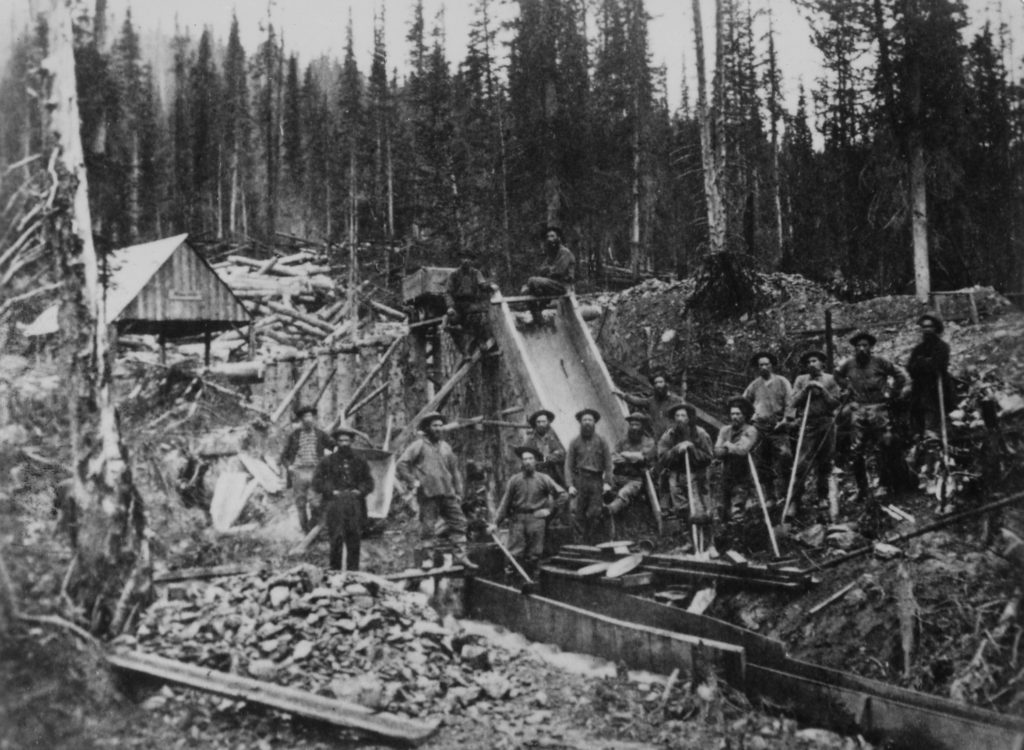 The main road linking the towns of Ballarat and Stawell was first constructed during the gold rushes of the 1850s, which attracted a huge influx of miners into western Victoria. This main road eventually became known as the Western Highway.

The gold rushes led to the foundation of settlements near the major diggings in this area, including Beaufort and Ararat. Beaufort and Ararat were both established along the Western Highway as a direct result of the existence of major goldfields.

The rich gold diggings at Fiery Creek led to the development of the township of Beaufort, which was originally called Fiery Creek.

Gold diggers flocked to the region in their thousands after Chinese diggers discovered the rich Canton Lead at Ararat in 1857. The introduction of the North Western Railway in the mid-1870s was another major factor in the development of towns in the area, enabling ferrying of both people and goods, including machinery, produce, livestock and building materials to and from Melbourne. The line to Beaufort was officially opened on 11 August 1874.

The Buangor pastoral run was a subdivision of the Mt Cole Run which originally covered 10, 368 hectares Colin Campbell and his brother, Alexander, were at the Mt Cole Station from February 1840, on 48,000 acres of the Fiery Creek located north west of Beaufort.

An outstation was established on the banks of Charliecombe Creek close by the current station. In February 1849, the station was subdivided into Eurambeen, held by Alexander Campbell, and Buangor held by Colin Campbell (Long and Clark 1999, 114).

Colin Campbell held the license to Buangor until 1877.

During 1852, Campbell employed Aboriginal people to work on the Buangor Station. The Aboriginal men employed by Campbell washed approximately 40,000 sheep, and worked until the end of shearing time (Long and Clark 1999, 115). Campbell paid the men 12s. per week for this work, with several of the men paid a pound a week as bullock drivers. There is little evidence of Aboriginal association with the Buangor station following the closure of the depot around 1866.

The Mt Cole run, held by the Campbell brothers, is defined by Fiery Creek, Middle Creek and Charliecombe Creek. This property in the area was the first to be taken up by European settlers in 1840. The local Aboriginal group who camped at the Mt Cole property were the Beeripmo balug and the Utoul balug peoples. In 1851 there were about 100 Aboriginal people camping on the property. 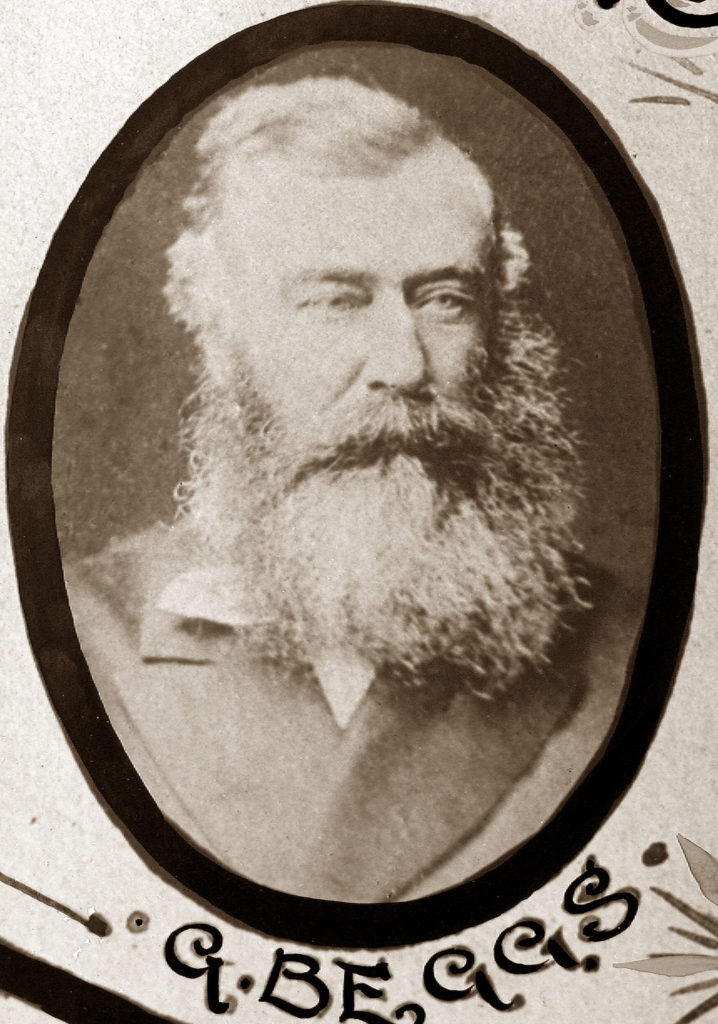 In October 1850, Eurambeen was sold to George and Francis Beggs.

Theodore (1859-1940), Robert Gottlieb (1861-1939) and Hugh Norman (1863-1943), pastoralists and sheep breeders, were sons of Francis Beggs and his wife Maria Lucinda, née White. Born at Malahide, Ireland, in 1812, Francis Beggs entered Trinity College, Dublin, in 1828 and later farmed his father’s Malahide estate. Soon after his marriage in July 1849 he migrated to Port Phillip with his wife, brother George and sister Sophia, arriving in Geelong next March. He purchased the rights to Gnarkeet, near Lismore, and lived there until 1859 when he became partner to George in Mount Cole, or Eurambeen, near Beaufort; as G. and F. Beggs they built up a fine merino stud flock.

Theodore, seventh child of Francis, was born at Geelong on 17 August 1859. He was educated by a tutor, and on his father’s death in 1880 became manager and a trustee of the Eurambeen estate. Three years later he and his brothers Robert and Hugh joined in a pastoral partnership that leased and purchased several large properties in the district.

When the partnership was dissolved by mutual consent in 1913, Theodore became sole owner of Eurambeen.

For some thirty years Beggs was a councillor of Ripon Shire and was twice president. From 1910 until his retirement in 1928 he was member for Nelson Province in the Legislative Council. He voted there to keep large properties intact and led local opposition to the acquisition of Trawalla estate for soldier settlement in 1919, causing his critics to allege that he thought ‘more of a bit of dirt than he thinks of a man’.

He was a director of the Ballarat Trustees, Executors & Agency Co. Ltd, a member of the Australian Sheep Breeders’ Association, Victorian delegate to the Pastoralists’ Federal Council in 1915 and was widely known as a judge of merino sheep. He was a member of the Melbourne, Australian and Ballarat clubs. In 1906 Theodore was described as ‘a thoughtful man, not easy to best in argument, and though most amiable in disposition, a “sticker” in conference’.

On 3 December 1918, he married Agnes Jane Walpole. Agnes was the granddaughter of Lord Robert Walpole, 1st Earl of Orford who is generally regarded as the first Prime Minister of Great Britain

Theodore died on 2 April 1940 at Eurambeen. He is buried in the family cemetery, survived by his wife and their four daughters. When Theodore passed away in 1940 Agnes continued at Eurambeen. She cared for her four daughters (Penelope, Diana, Theodora and Prudence) with the help of a housekeeper and governess.

Agnes was a keen gardener and had several gardeners who helped her. Agnes died on July the 12th 1977.

Both are buried in the private family cemetery on Eurambeen. 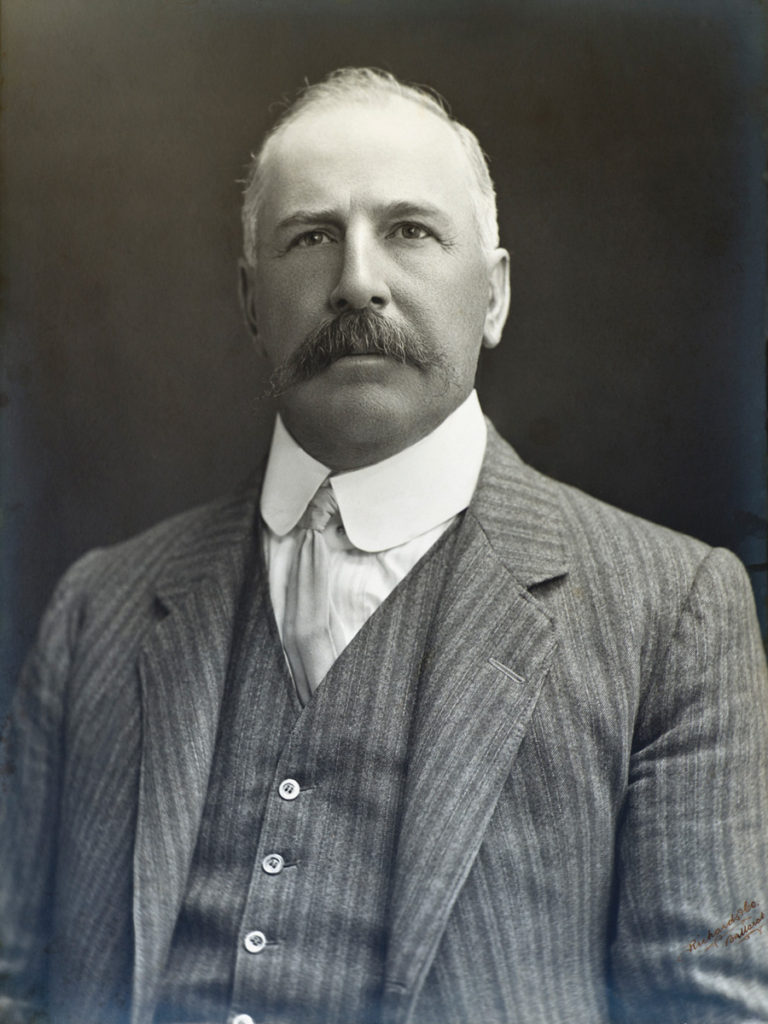